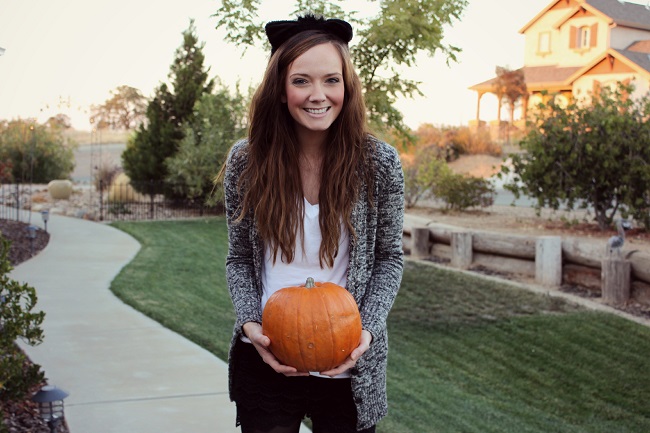 Something that I don’t know if I’ve shared with you here yet or not is that I found out I was pregnant when I was already 9 weeks along. Yes, you read that right. I seriously felt like I could have been on the show “I Didn’t Know I Was Pregnant.” ;) I wasn’t really feeling all that different, although now looking back I suppose a few of the telltale signs were there, like fatigue and slight morning nausea. Hindsight’s 20/20, right? Anyway, I took three tests in a row because I was too in shock with the first one and then after the second I waited a day and took the third. I guess I just like to be sure? I don’t know. It’s silly, but it’s what made sense to my brain at the time.

You know what would have been really cool with all of those pregnancy tests that I took? If at the exact moment I took them, I knew right then how far along I was. Yes, that would have been very helpful. No rough (and in my case, not accurate) estimate from the doctor’s office, no waiting weeks until my first appointment, no worrying about the booze I drank while pregnant and not knowing it (which, by the way, is a very common worry for women who find out they’re pregnant, and one that the doctor reassured me was nothing to worry about). In a world where we want to know things, and we want to know them now, and usually get to thanks to Twitter, social media of all forms, television, etc, it only makes sense to have a pregnancy test that can deliver what you need to know! Enter the Clearblue Weeks Estimator, available at www.CVS.com or your local CVS store! It’s digital and displays in words the number of weeks along that you are! While it is a bit limited, since it can only tell you if you are not pregnant, 1-2 weeks pregnant, 2-3 weeks pregnant, or 3+ weeks pregnant, I still would have known that I was more than 3 weeks along, which is better than not knowing at all! ;) Plus, if you are an early bird, how cool to know if you are 1-2 weeks or 2-3 weeks! Talk about getting the most of those 9 months! Clearblue Weeks Estimator is the #1 test choice of OB/GYNs. 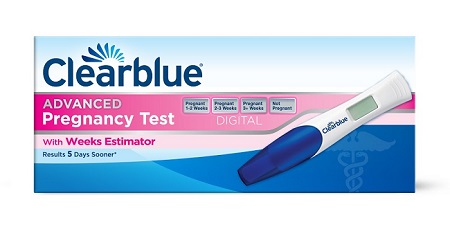 We all know that prenatal care is super important for your baby and yourself, and the earlier you can know, the better! Thankfully, I had already been taking prenatal vitamins (what can I say, it’s good stuff even if you aren’t pregnant!) and so baby was getting the proper nutrients long before I even knew I had a little peanut in there!

If you are or have been pregnant, how far along were you when you found out?
Pregnant or not, have you taken prenatals? They do wonders for your hair and nails! ;)

I was selected for this opportunity as a member of Clever Girls Collective and the content and opinions expressed here are all my own.

Previous Post: « YOU LIGHT MY LIFE SO I CAN SEE (SOME THINGS I’M LOVING)
Next Post: 16 WEEKS »