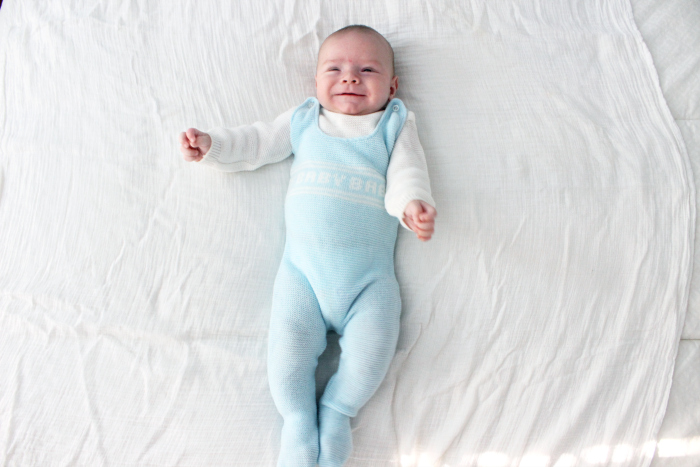 {wearing a onesie that Zack wore when he was a baby}

So Sam is officially 16 weeks, as of Friday. My baby has been on this earth for 16 whole weeks! That’s madness! I want to write down some things about Sam at this age, for the memory book. 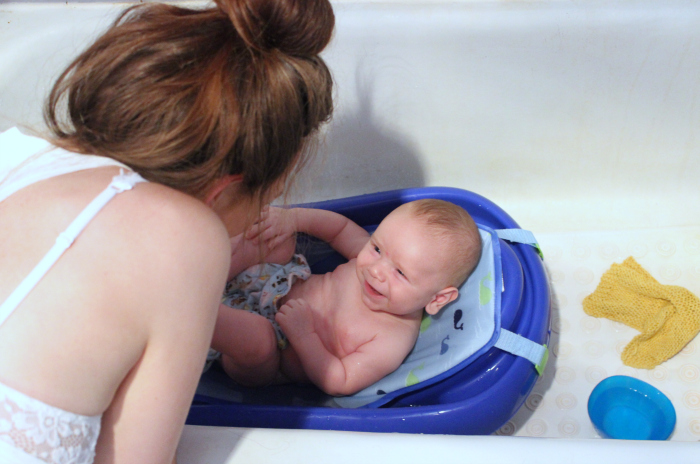 He finally doesn’t scream/cry at bath time. Hallelujah. I actually got him to SMILE for the very first time while taking a bath. That was huge. I mean, look at that grin! He likes it! He really likes it! 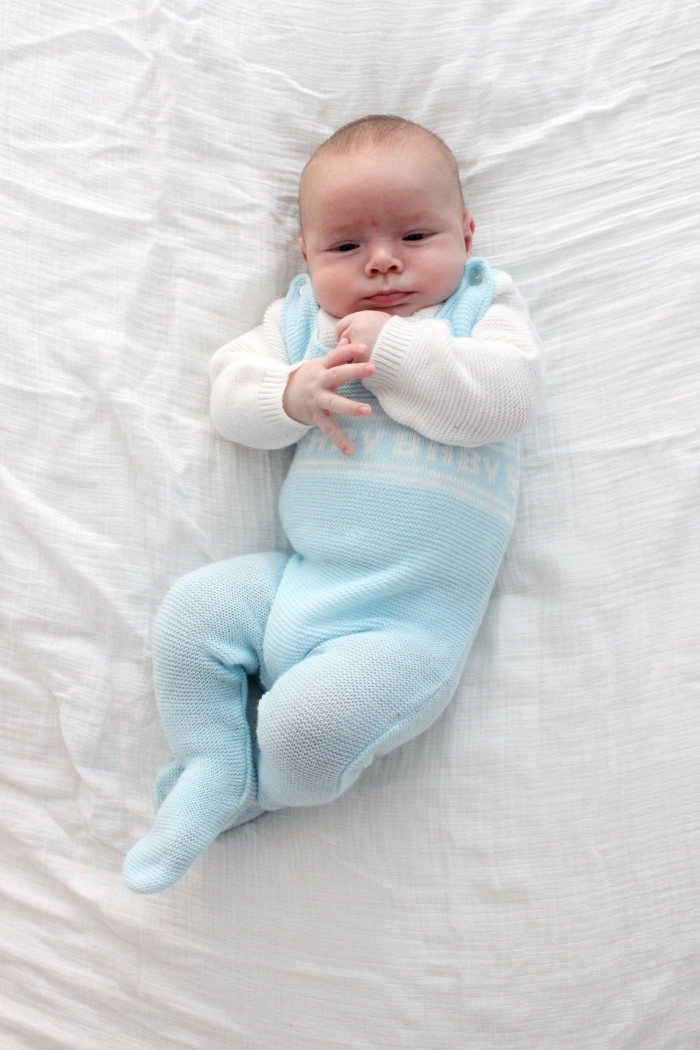 Sam slept for the longest stretch ever while we were on vacation in San Jose! He slept 6 whole hours!! We both woke up worried (like everyone said we would!) but he was just so content, snoozing away! I had to feed him (#nursingprobs) since it was quite uncomfortable for me, but then he went right back to sleep until 8am. MIRACLE of miracles! He has been pretty consistently getting much better at napping and sleeping at night, too. I feel like a new woman!

It’s a loose schedule, and I don’t let myself get too obsessed with the exact times, but just use it as a general guideline, and it’s been working well! He naturally wakes up between 7:30-8 each morning, which is pretty great. I’ve never been a morning person but I enjoy waking up early (does that even make sense?) so it’s nice that my baby is making me be a morning person. :)

Speaking of sleep, he is getting dangerously close to outgrowing his bassinet, which makes me really sad! Neither Zack nor I are ready to move him into his crib! In his own room! EEK! But also speaking of sleep, he ROCKS at napping lately. Like, we put him down awake for every nap and for bedtime, and for the most part he goes right to sleep. Well, okay, for naps anyway. Bedtime is more of a struggle, but it’s a work in progress. We’ve just started to swaddle him with one arm out, too, to slowly wean him off the swaddle completely. It’s great because he can just suck on his hand (his current favorite thing to do) and self soothe to sleep. It’s a win for everybody!

He LAUGHED for the very first time on August 2nd!!! Like, a real genuine belly laugh. It was the best ever and we captured some of his laughing in this video. Also, Peek-a-Boo is a new thing and has quickly become both of our very favorite game to play. When he smiles at me? Nothing. Better. 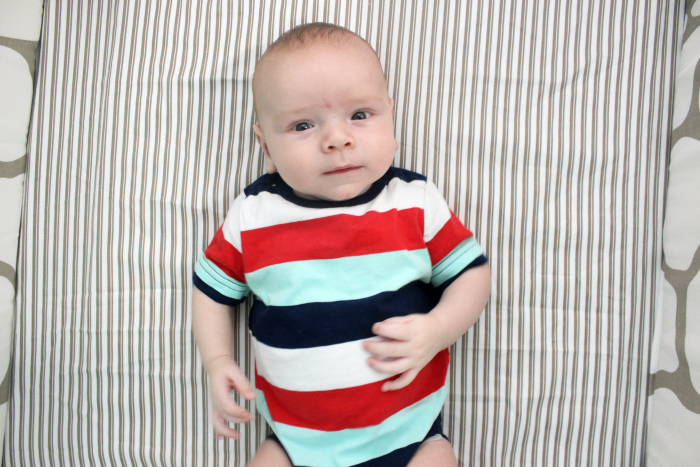 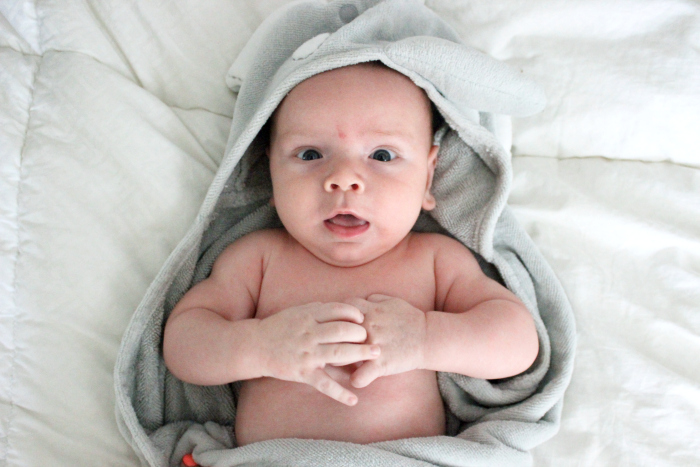 Annnnd I’ll leave you with this. Happy Monday!