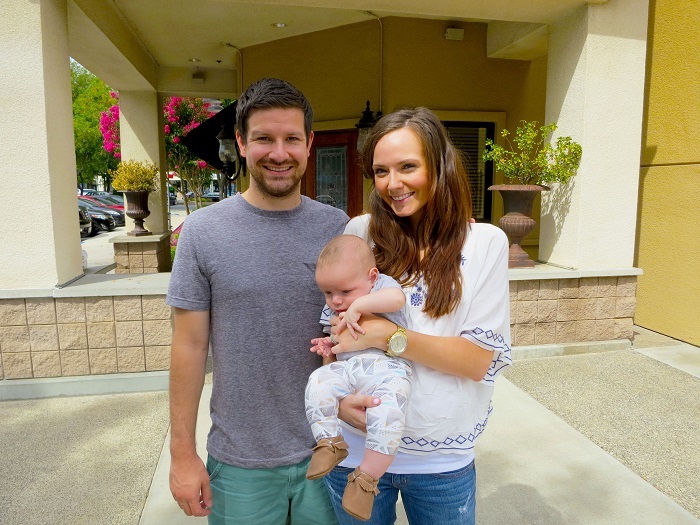 So this weekend we checked another first off of Sam’s list. Isn’t it funny, pretty much everything you do when you become a parent instantly becomes in your head “Baby’s First….” Tell me I’m not the only one. Well, this weekend was baby’s first restaurant trip! And I feel the need to add that it was coincidentally at The Old Spaghetti Factory, of all places, which if you’re new here, was the restaurant at which Zack and I worked and met. Zack was a busser and I was a server and he would bring me little presents that he found on tables and stuff. It was cute. It’s our “spaghetti love story.” I know. I know. Anyway, we got together with my family on both days this weekend, one for my cousin’s going away to college party and another for her birthday. And can I just say, I love my family. It’s crazy what we’ve all been through together, and it’s the best just knowing that no matter what happens, they’ll be here. Okay, am I getting too sappy now? Anyway. Photos from our weekend! 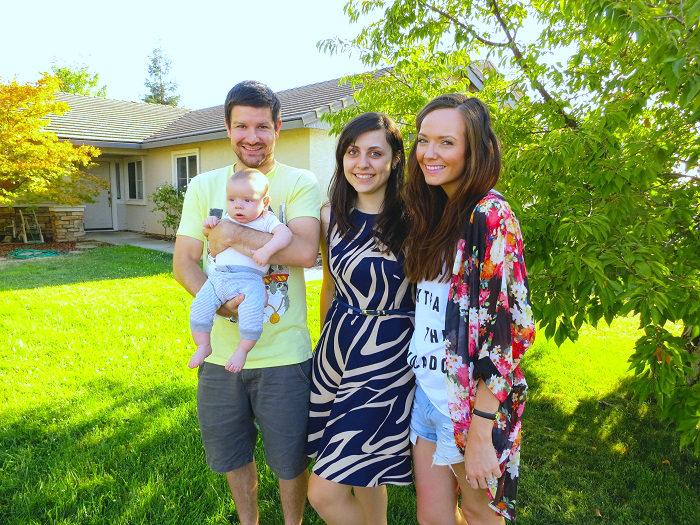 {Emily is off to Oregon! So proud of her!}

{Daddio and Sammy Sam- my dad’s the coolest} 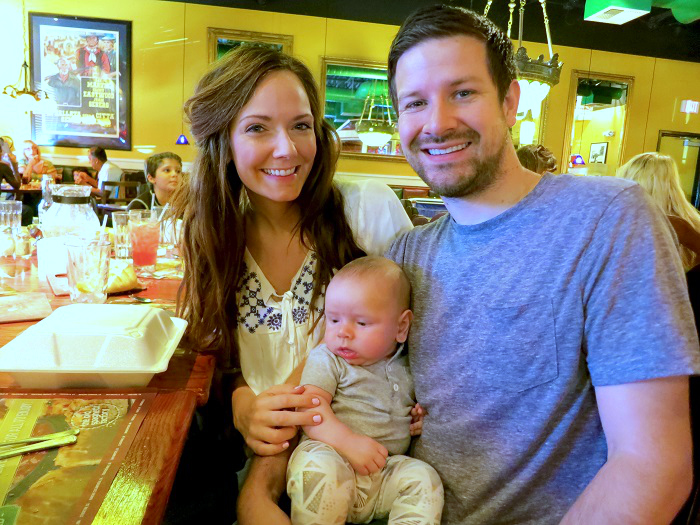 {Sam was so good the entire time. Little angel baby!} 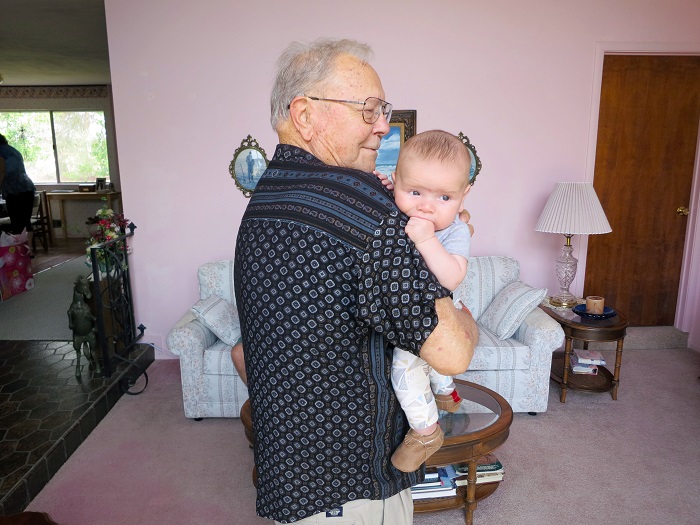 {We went to my grandparents’ house afterward for dessert- Sam’s great grandpa sure does love him a whole lot.} 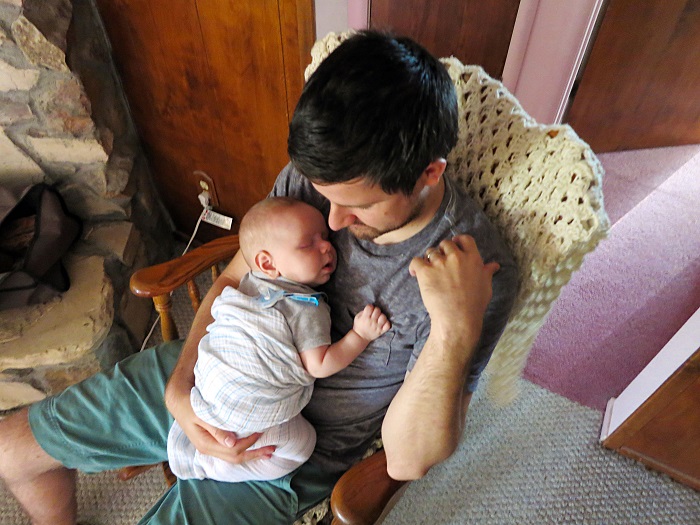 {We tried putting him down for a nap in the bedroom, but he was having none of it. This was the only acceptable spot for a nap. Zack didn’t mind.}

And then there’s also this. You didn’t think I would skip an opportunity to match my son, did you?! It was bound to happen eventually… 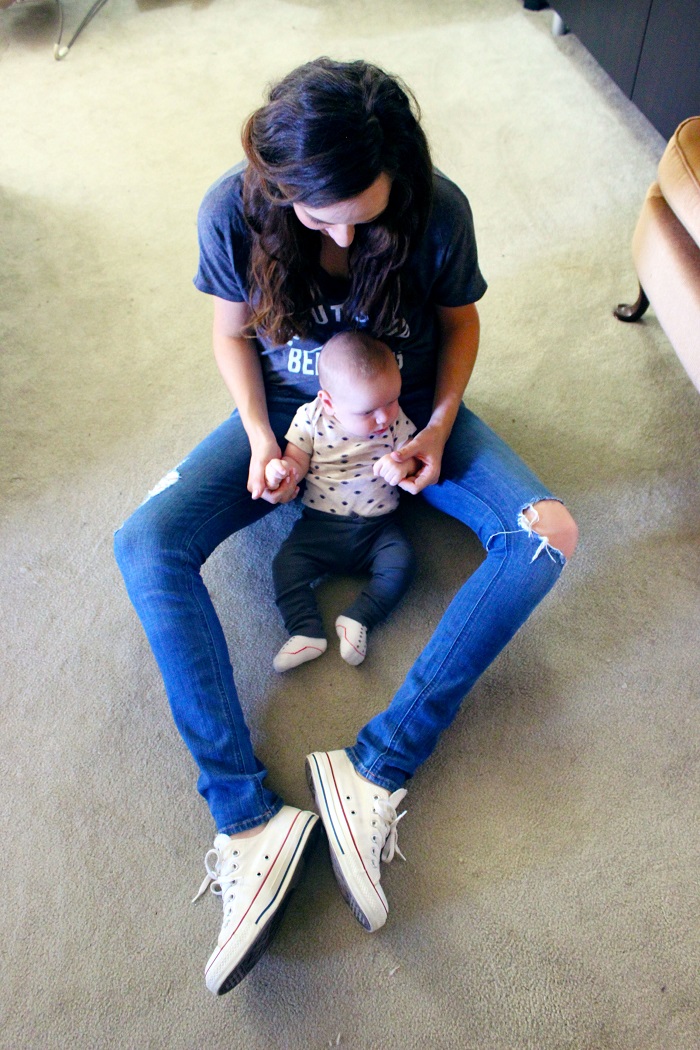 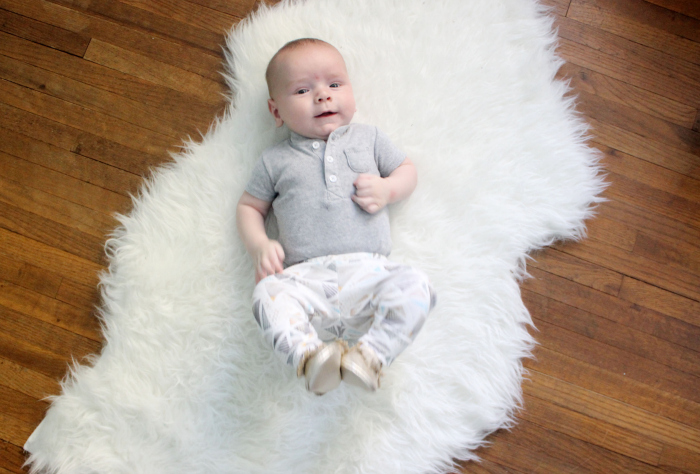 Oh, and also, Sam is 4 MONTHS OLD today! What?? He just gets sweeter and sweeter every day. He doesn’t scream every time he wakes up now (yeah, that was a thing). We get lots more smiles and coos instead. When he wakes up from naps, he just lies there in his bassinet, talking. And we’ll turn on the monitor and watch him for a while. He rolled over for the first time and tolerates tummy time now. He loves reading books and especially enjoys listening to daddy read to him. 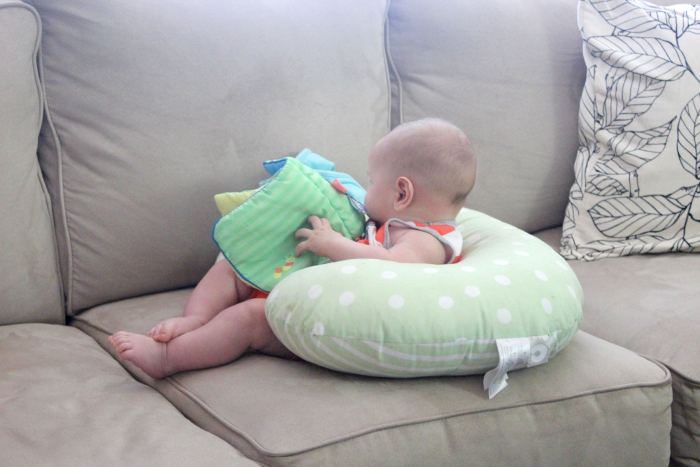 He is so alert and attentive. He studies everything around him. When he’s nursing, he gets very easily distracted, and will just look up and me and start smiling. Which, yeah, in case you’re wondering, is the best thing ever. He loves playing peek-a-boo and when he looks at himself in the mirror, he grins really big. 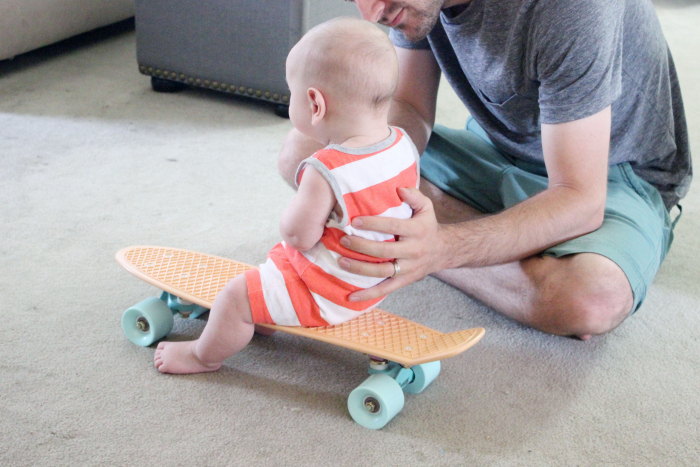 His hair is getting a liiiittle darker and filling in a bit more. But he still has that awesome little patch and a bald spot on the back. I’ve grown quite fond of it. He has the softest, smoothest skin that I kiss all day long. He naps really well, but wants nothing to do with an early bedtime, so 9:00 it is! And he sleeps a good 7 hours before waking up to nurse and then going right back to bed.

Annnnd he makes our lives so much better and we want ten more, kthxbye.