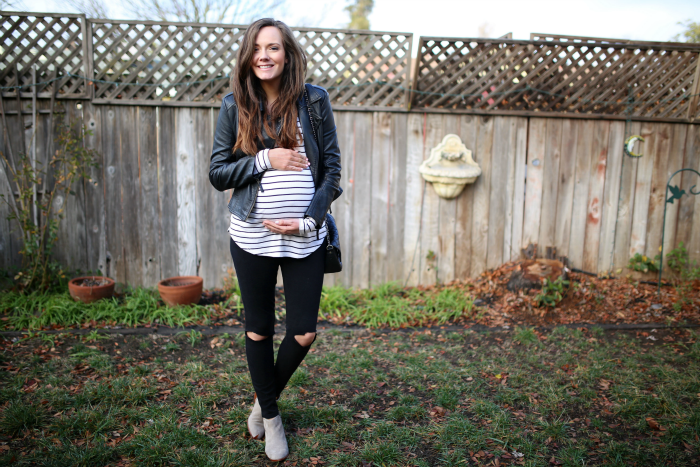 So it’s been a little while since the last bump update, and I figured since we are nearing the end of this pregnancy, at least one more update is in order! Thirty-eight weeks pregnant, you guys! THIRTY EIGHT WEEKS. That’s, like, a lot of weeks of being pregnant. And don’t I know it. ;) 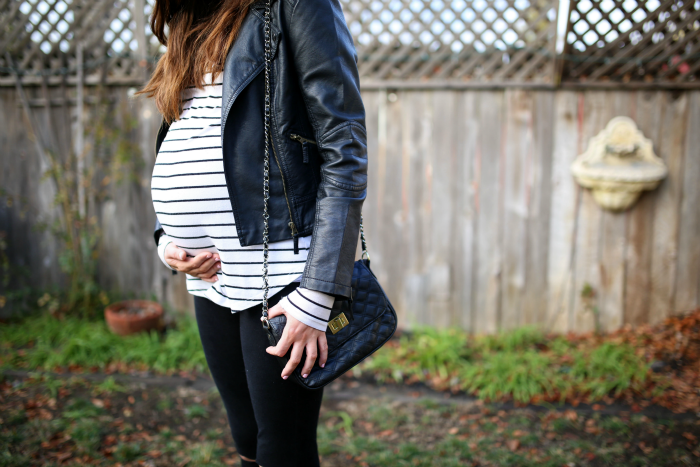 I’ve been feeling pretty great! Sometimes I feel SO pregnant, it’s ridiculous, and other times I’m like, pffft I got this, piece of cake. I’ve been taking it easy, not really exercising too much, besides chasing after Sam and also going on walks and doing my occasional squats and lunges. I’m actually REALLY looking forward to getting back into my normal exercise routine, but that’s not for a while, so yeah.

We’ve been going to the non-stress tests once a week, just making sure everything is good and progressing normally. And it is, so yay! Two weeks ago, we actually were sent to labor and delivery because Baby’s heart rate started off really high and took a while to go down, and then there was one dip in it (which is actually normal?!), but off we went. I had to be monitored for almost two hours, which was a pain, but eh. Better safe than sorry, right? And it was totally the coffee I drank that morning, SO I learned my lesson: do not drink coffee before the appointments. So now we go to Starbucks immediately after, as my reward. ;) I’m not complaining.

My bags are packed, I’ve been really good at not putting anything off (deadlines have been met, posts have been scheduled- err… are being scheduled…- and the house is in a constant state of CLEAN now, hallelujah! Also, I’m keeping up on my manicure (essie’s fiji, if you’re curious), so I’m always prepared haha) annnd I feel like we’re just kind of playing the waiting game now. And also, the fact that Baby can come any day or minute now is always on my mind. Always. Sam came at just one day shy of 39 weeks, sooooo. Yes.

This week has been an emotional one, and not just for the obvious pregnant reasons. My great aunt passed away, as did Zack’s grandpa’s wife, both were not complete surprises, but death is never easy. We rest in the knowledge that they are at peace and both received incredible welcoming parties into heaven! :) Gosh, I’ll miss Aunt Irene, though. She was such a light, and absolutely unwaivering in her faith- one of the greatest examples I could have ever asked for. She had the most beautiful singing voice and was one of the best artists I’ve ever known. They lived in Saudi Arabia for 10 years and so painting camels and the desert were her specialty, and she gave Sam a little camel doll for Christmas last year- sure to be treasured forever. :) She was also one of my mom’s most favorite people, and I know they are partying up there in heaven right now!

So yeah. 38 weeks pregnant. Feeling pretty good. Hanging in there. And hugging my loved ones extra tight. You know. The usual.