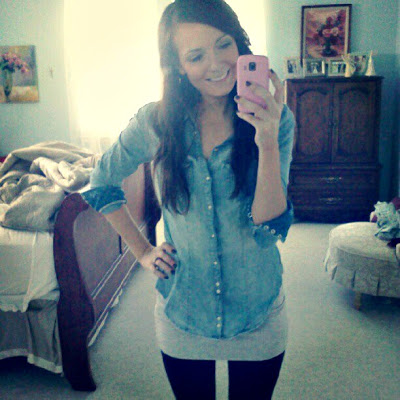 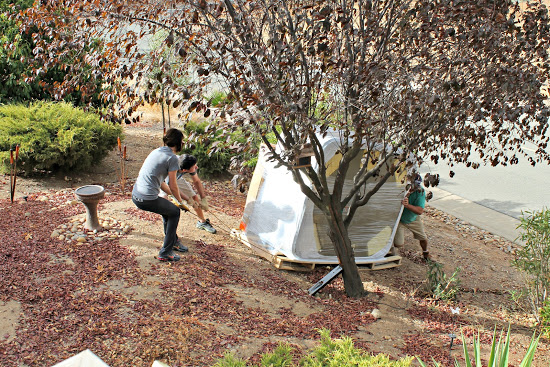 So, you’re probably wondering what is happening in this picture.  Well, that would just be my dad, Zack and me, pulling a hot tub up the hill to my parent’s house.  No big deal.  You see, my parents got a hot tub the other day!  Growing up, we had a hot tub, and we literally used it year round.  It was pretty much the highlight of every birthday party.  My birthday being in the summer, we just got creative, filled it with cold water and voila! It became a cool tub.  Needless to say, I was pretty devastated when my parents got rid of that hot tub.  Then the other day, my dad makes up his mind that they’re getting one again!  Score!  So, we were at their house when it got delivered.  And their house is kind of on a side of a small hill.  And that is the place that they wanted the hot tub to be, so we had to get creative with getting the hot tub up the hill and over the wall surrounding their back patio.  So.  Things got interesting.  It was a bit scary at first.  And finally, there was a hot tub, right where it was supposed to be!  Yay!  This winter is going to be spent soaking in that beauty, I can assure you. 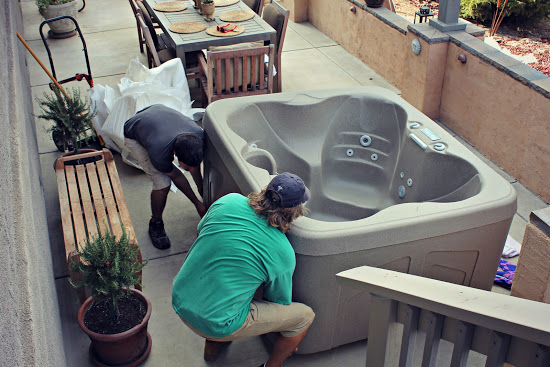 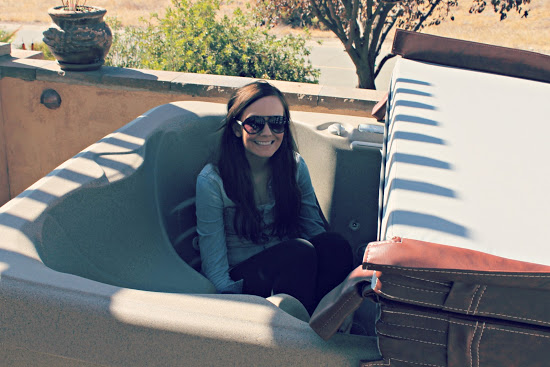 This weekend was a good one!  Like I said, we spent Thursday night at my parents, and of course watched a scary movie.  This one was pretty crazy, and had Hilary Duff’s sister in it and one of the girls from Pretty Little Liars.  It was called Fear Island, I think?  I actually really liked it.  I like the teeny bopper horror movies, because for some reason they’re never quite as scary as the other ones, and I can handle them much better.  So, that was fun.  Zack and I ran around the lake by my parent’s house, and it was my first “trail run,” if you will, and it was TOUGH.  At one point, we were running (err.. jogging) up a fairly steep hill, and I literally thought I was going to die.  But then Jillian’s voice got in my head, you know the one, and she just kept saying to me (okay, yelling at me, really) “I want you to feel like you’re going to DIE!” and I was like “I DO, Jillian! I DO!” and that kept me going.  Go figure. 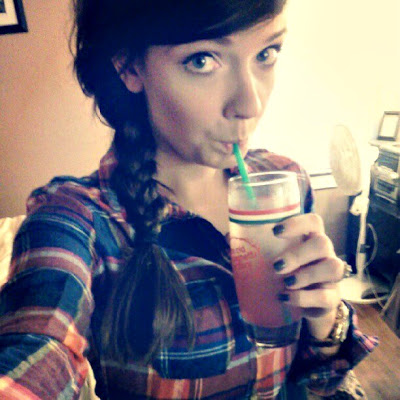 Friday night the Giants won!!!  So tonight they’re playing at home and going to WIN again (fingers crossed!) so they can get themselves one step closer to the World Series again!  Love those guys.  Have I told you that Tim Lincecum’s hair is my new favorite baseball player?  It’s out. of. control.  But in a very awesome way.  Last night we had dinner at Zack’s brother’s house.  They bbq’ed chicken and it was deeeelish.  I sported the good ole’ side braid, mostly because, let’s be honest, I haven’t washed my hair in quite some time and it was the only way I could wear it that it looked somewhat acceptable.  So, there’s that.  I guess tonight will include washing my hair.  It’s time.  Annnnd that’s that!  How was your weekend?