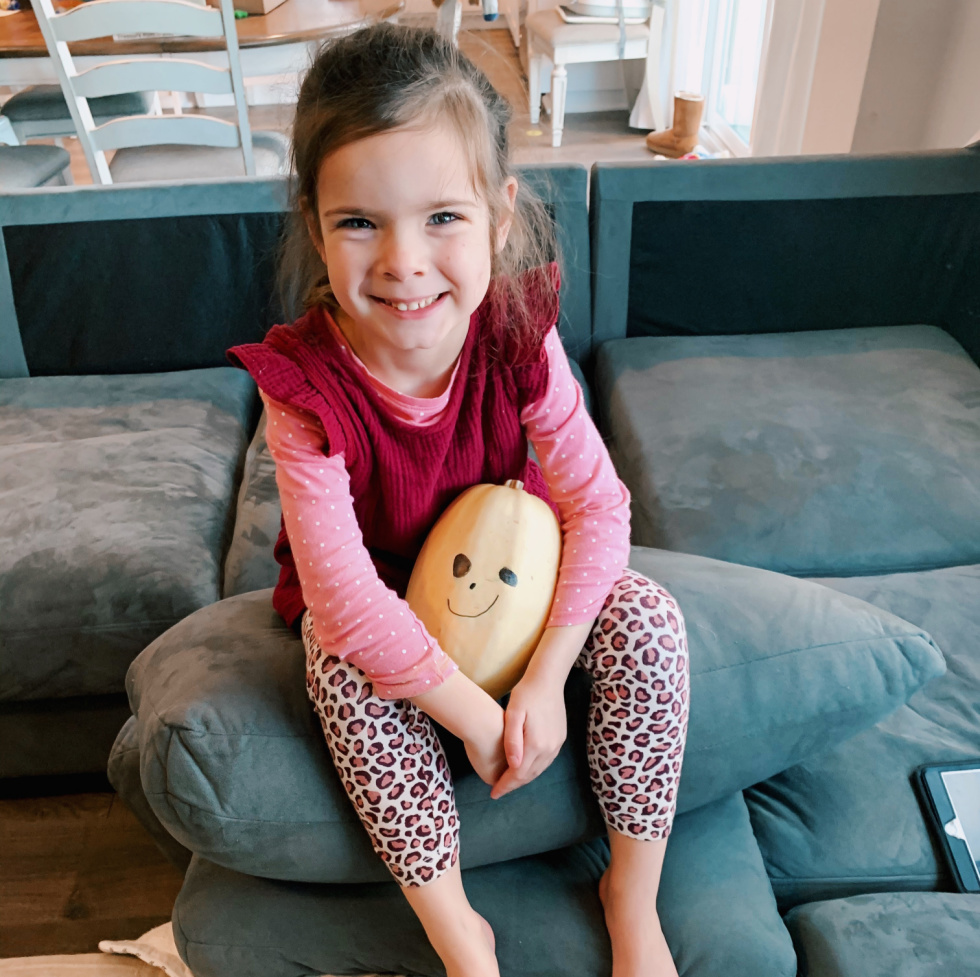 I chronicled the journey of Sophie and her squash on my Instagram stories, but never shared the (tragic) ending. When I was sharing, I got numerous messages saying how this was the best thing on the internet, and how many people were loving this sweet love story of a girl and her squash. So tender. So innocent. So clearly, I needed it to live here on the ole’ blog. For prosperity sake. Here it is, the story of Sophie’s squash.

(The idea of having a pet squash in the first place was born from this book, aptly titled Sophie’s Squash, one of her favorites). ;)

Here is our story of Sophie’s Squash.

Zack went to the grocery store and got 2 spaghetti squashes. Sophie saw them and instantly asked if she could have one, so she could be like the girl in her book and have her own pet squash. Of course, Zack gave her the squash (he has a heart, after all!) and a marker to draw a face on said squash.

Sophie was ELATED. Pure. Joy… at having a pet squash. She named him Squashy. She took him everywhere.

She took him on walks around the neighborhood, and when she saw a neighbor, she yelled across the street to them, “Hey! I have a squash!” and was met with a perplexed look, followed by a smile and “Oh that is wonderful!” and knowing glances toward myself. ;)

She put him in her baby doll stroller.

She put him in the swing in the backyard.

She even slept with him at night, tucked safely next to her in bed. 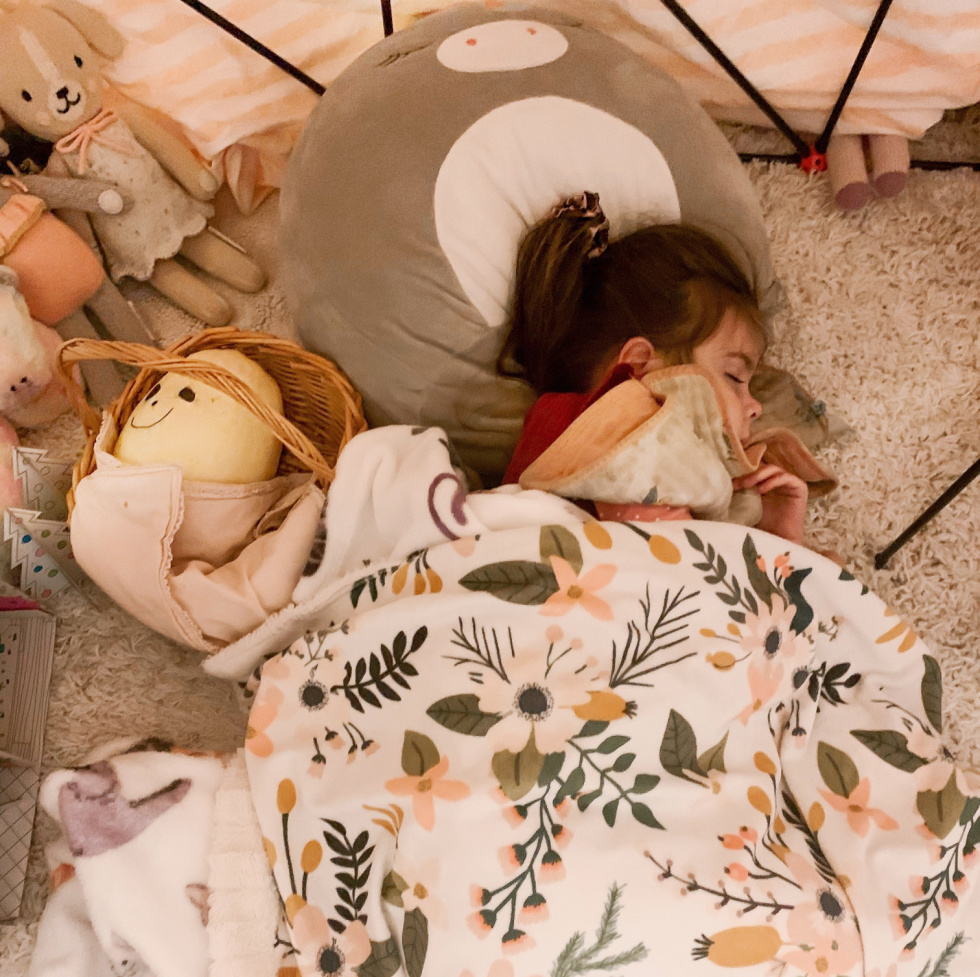 And then, Day 2. More walks. More time spent together. And then it happened. “The incident,” as it will forever be referred to in this house. 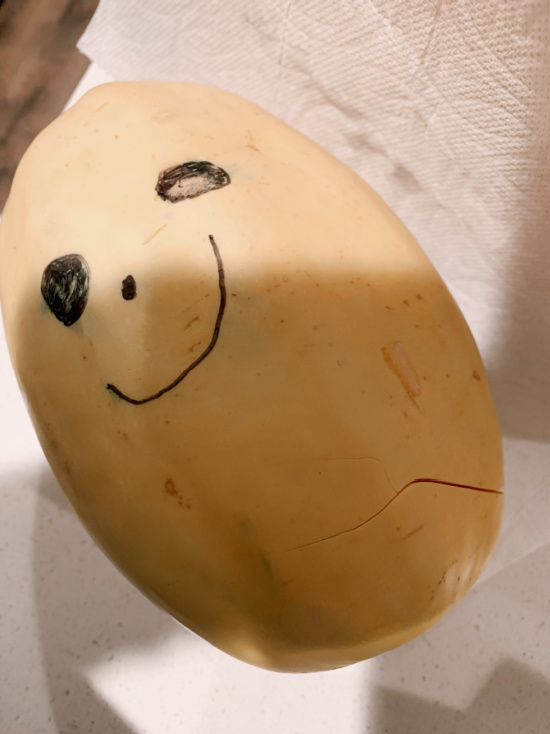 She dropped the squash on the floor and a devastating crack surfaced on its side. Followed by many, many tears. True genuine tears streaming down her face. The saddest, “I broke him.” And that was the end of Squashy. 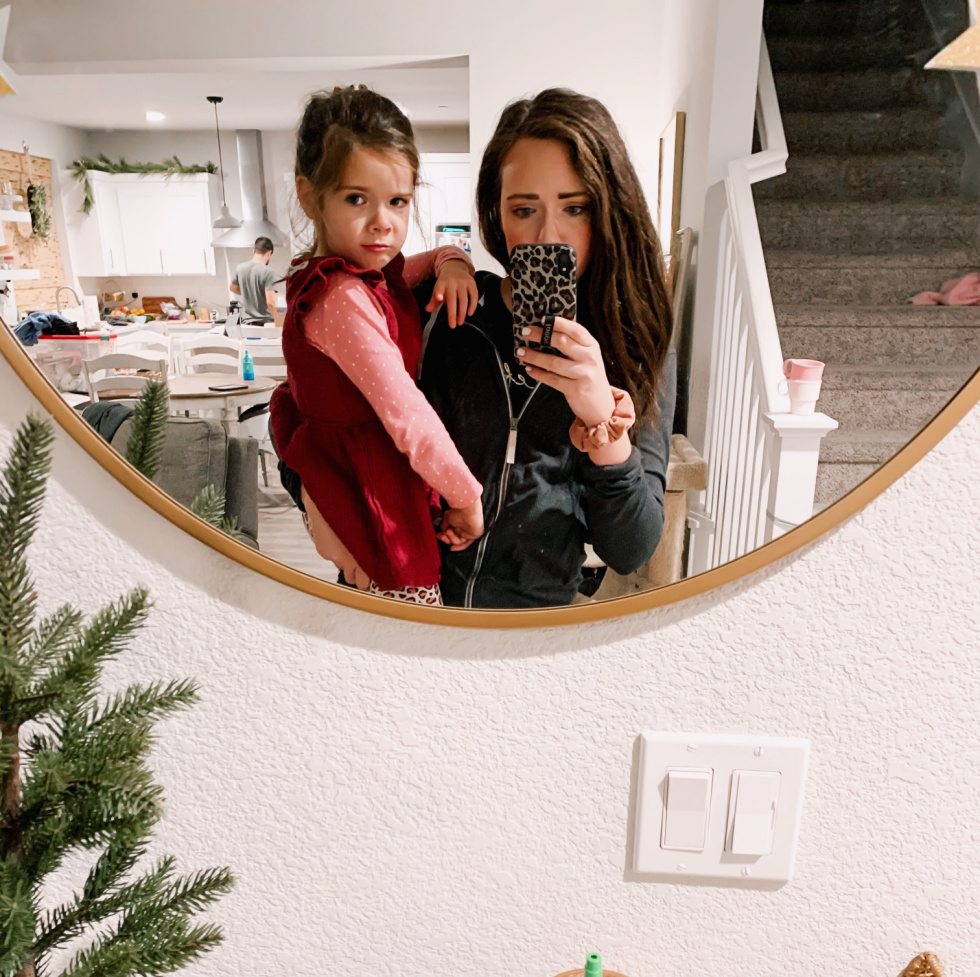 We explained to her that squashes are vegetables and don’t last forever. That even without this fatal blow, he came with an expiration date. She was just so genuinely sad, saying she misses her squash and was absolutely heartbroken that he was gone. And Zack and I did our best to validate her feelings, we let her be sad and cry and also comforted her. And we tried really (really) hard to not laugh while doing so.

And that is the story of Sophie’s squash. God rest his soul.

p.s. To this day, whenever a squash is mentioned, she says how she misses her friend Squashy. Is your heart not broken, just a teeny tiny bit?! Ughhhh.