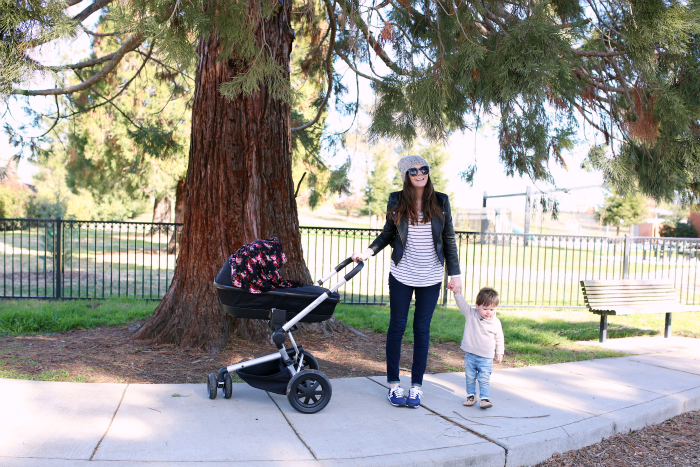 So we had our first real outing (like, all pile into the car and head out) on Monday. It was nothing short of hysterical, let me tell you.

So it only took us roughly one hour to actually even get out of the house, between Sam needing a snack and baby girl needing to CONSTANTLY nurse, plus loading everything we would or could possibly need into the car. All to go to a playground less than 10 minutes away from our house. 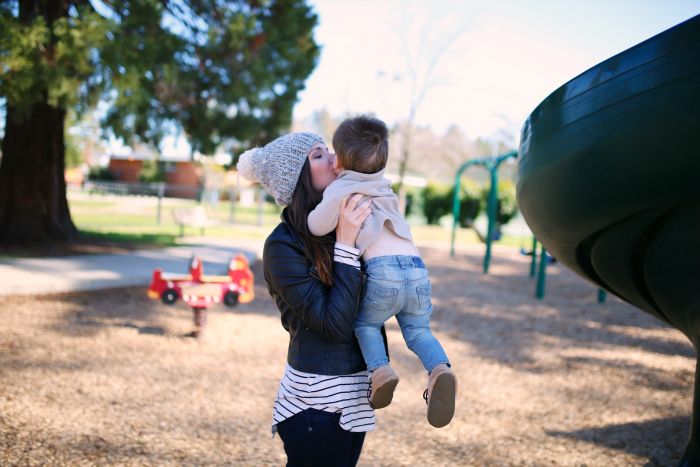 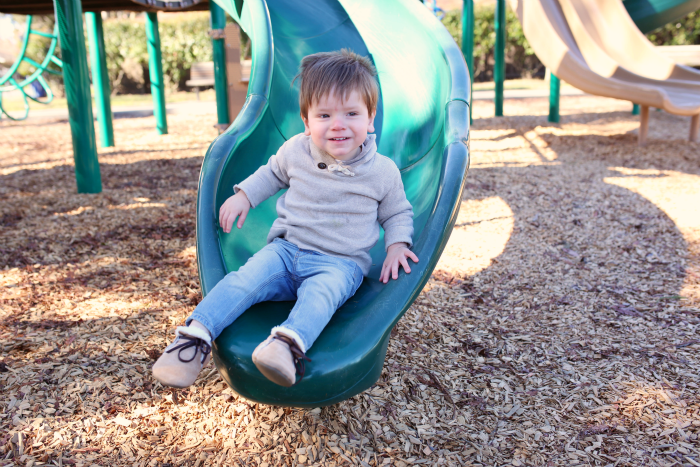 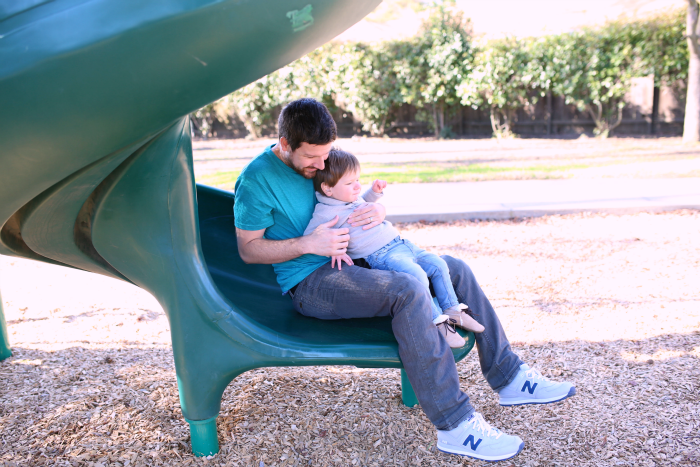 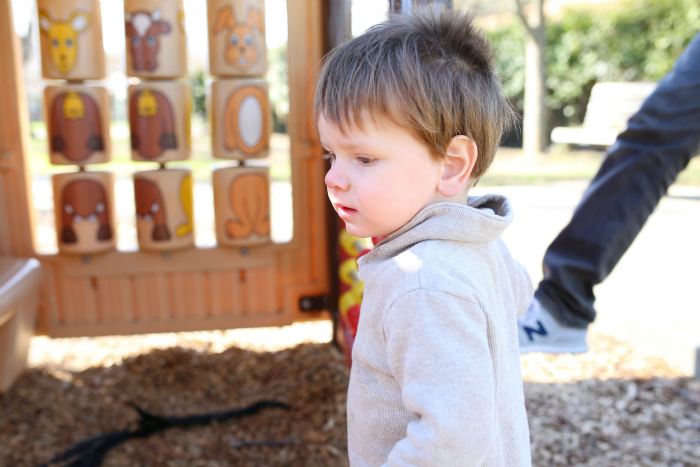 So. We finally got into the car, feeling rather accomplished, and then we had such a good time! Sam had so much fun running around, mainly he just liked walking up and down the steps and sliding down the slide. :) 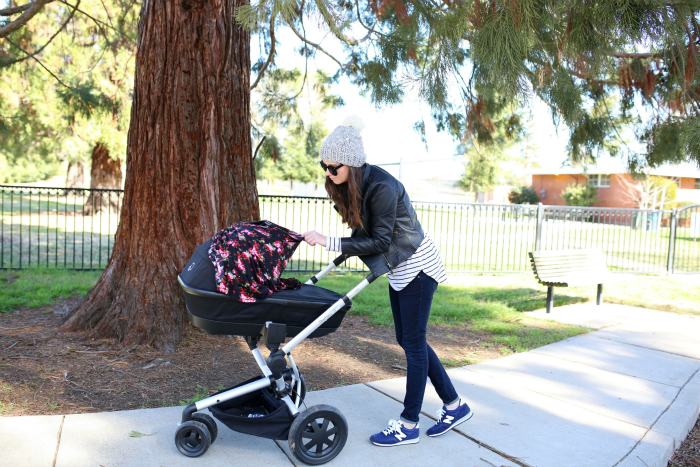 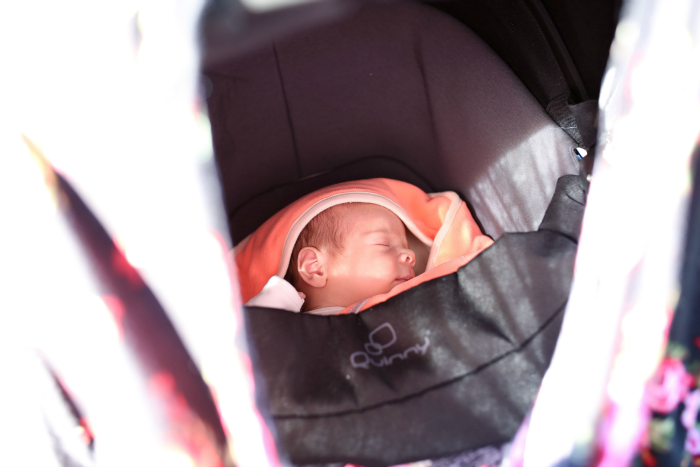 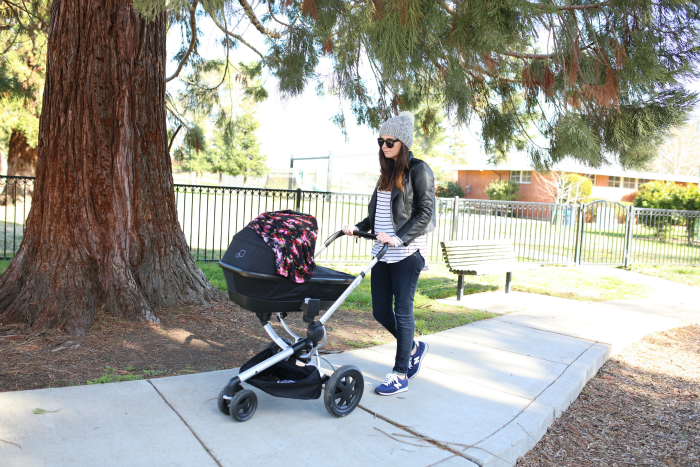 Sophie actually slept the entire time, thanks to the awesome bassinet attachment on our Quinny stroller. Literally LOVE that thing! She was nice and cozy and toasty too, in her 7am enfant wrap. Which was important, because it was COLD that day. Don’t let the sunshine fool you! Or Zack’s wearing of a tee-shirt (he forget his sweatshirt). 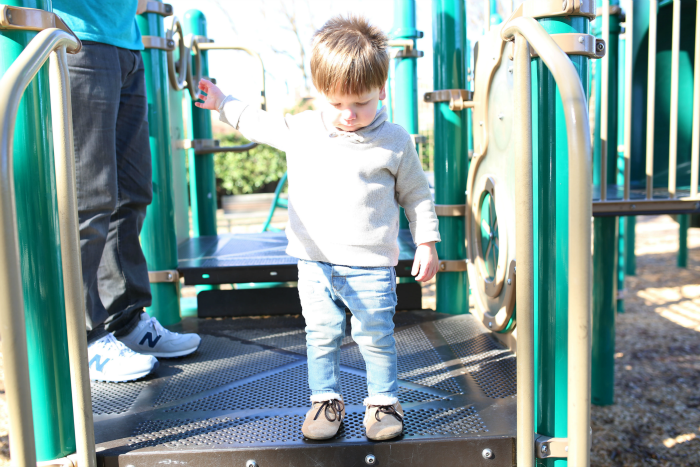 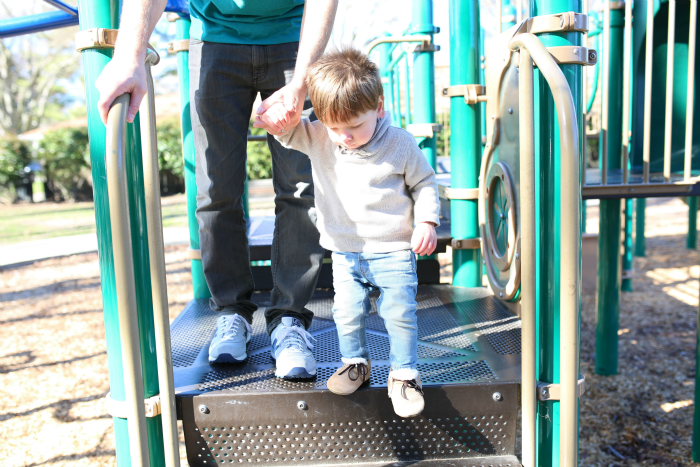 And then, when it was time to leave, is when the hilarity really ensued. Sam started getting upset right when he could sense we were about to get ready to leave. And then he refused, so of course Zack had to pick him up and carry him to the car, literally kicking and screaming. So we figured, he’s hungry! It was lunchtime, after all. So I pull out the goldfish and hold out the container to him, thinking he’d like being able to pick them out himself. And of course, he knocks the ENTIRE thing to the ground.

It was raining goldfish. 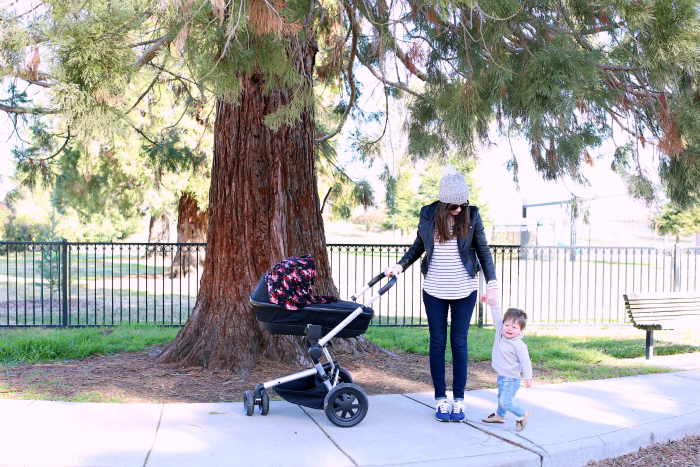 On top of this, Sophie had just woken up, starving (as she always does- have I mentioned girl can eat??) and is now crying as well.

So we get Sam into his car seat (NOT easy these days) whilst super upset and Sophie is upset, and I’m just sitting in the backseat next to my two SCREAMING children.

And that is when it really hit me.

We have two kids.

It was quite an epiphany, guys, let me tell you.

And Zack and I exchanged glances and just started laughing. I mean, really, how could we not. It was hilarious.

And I think that’s the secret to not going crazy as a parent. To find the humor in all situations and to be able to laugh at ourselves. You’re welcome for that little nugget.

And what do you know, a mere five minutes later, Sophie magically was calm and content, and Sam was happily eating a snack. Just like that.

And all was quiet on the Western front. For the moment.